More than Classic, less than Epic – Apple’s iPhone 8 and X reveal and … Crickets.

More than Classic, less than Epic – Apple’s iPhone 8 and X reveal and … Crickets.

“It is the biggest leap forward since the original iPhone.” – Apple CEO Tim Cook 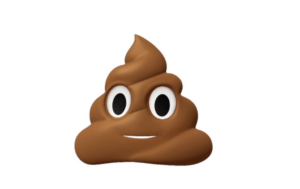 It’s that time of year again when we finally get to see all of Apple’s shiny new toys and grow our lists of cool new stuff we somehow need to buy. This time, however, the presentation just seemed to fall short and I can’t exactly say why.

Online viewers who arrived early to the 1:00 EST streaming event held by Apple were greeted by an intro video which took us for a quick tour of the absolutely stunning Steve Jobs Theater, located just across the lawn from the main building at Apple Park, Apple’s new headquarters in Cupertino, California. At one point the video showed an interesting birds eye view of the Theater making it look like you could just reach into the video and press down on the roof making everything under it magically disappear into the ground. It would emit an ever-so-soft ‘click’ as it locked shut with the roof fitting flush to the patio surround. A second press and it would all silently pop-up out of the ground leaving its razor thin roof sitting impossibly on a 360 degree wall of glass. Of course it didn’t, not even in AR, but that’s the kind of magic we have come to expect. This is, of course, Apple Inc., and today’s reveal should have been an outstanding event. The 10 year anniversary of the iPhone, one of the most iconic, game changing products in the last decade. The first public presentation from the Steve Jobs Theater, in itself another fantastic feat of Apple engineering and design perfection and of course the new product reveals … yawn.

Spoiler alert – maybe some of the reason for the lackluster event was the lack of any significant price drops.
To be more specific there were no price breaks on the entire line of new iPhones, which arguably was what the whole event was about.

Phil Schiller, Apple’s Senior Vice President of Worldwide Marketing and no stranger to the stage handled most of the iPhone presentation. Phil seemed to struggle with the material and read his lines rather than speaking to and actively engaging the audience. He was reading from a script, not unusual, but at the end of the iPhone 8 and 8 Plus announcements he read off the new prices and availability … crickets. Available This Month … crickets. Applause sign (the theater must have them) … finally some forced cheers and applause. If the new iPhone 8’s and the X couldn’t get the audience riled up then nothing in this show would. But maybe, just maybe, we are getting fed-up with shelling out $500 – $1,000 for new cell phones.

Tim Cook, Apple’s CEO fared little better on stage. Cook has always come across, to me, as someone trying too hard not be Steve Jobs while expecting to create the same excitement. To his credit there was an homage to Steve’s “One more thing …” but it just wasn’t enough. Also noticeably absent was Jonathan Ive, Apple’s Chief Design Officer. Jony represents the design DNA of Apple and has done so for as long as I can remember. If Steve was the bright spark then Jony was the quiet, calm, unassuming bloke who described every technical and design detail including the motivation behind each with an almost casual clarity. Jony had the ability to somehow translate directly from inside the Steve Jobs Reality Distortion Field and with a tempered enthusiasm he left everyone feeling like they actually understood what he said. Not that anyone needed to dial back the enthusiasm this time out and we did get a video with the classic Jon Ive voice-over but even that wasn’t enough.

Now to be fair, some of the news wasn’t really news but more a confirmation of what we thought to be true and a refresh of things like the Apple Watch and Apple TV so that may have dampened things. Gone are the days of old when Apple was so secretive that everything was a surprise. Sorry to say but those days are long gone. We already knew the name of iPhone X thanks to dissected releases of iOS 11. The introduction of the iPhone 8 and 8 Plus was a no-brainer but still held a few nice surprises and iOS 11 was pretty well covered in all its glory back in June at WWDC. The pleasant surprise was that everything announced, with few exceptions like the iPhone X and the AirPower mat, will be available next Friday, September 22, 2017. The iPhone X can be pre-ordered October 27 and available November 3, 2017.

Now if you are shopping for a new phone I would suggest the  iPhone 8.

The iPhone X specifications when compared to the 8 were almost as pleasing as it’s near edge-to-edge 5.8″ Super Retina HD display. The new metal and glass body is sleek and polished and the front OLED display has almost 100% useable surface real estate thanks in part to removing the Home button but loosing some space up top to a camera and a bunch of other sensors. The iPhone X’s screen delivers a larger display area than both the iPhone 7 Plus or 8 Plus models (5.8″ vs 5.5″) yet the length of the phone is now a manageable 5.65″ down from a Plus at 6.24″. The X is over half an inch shorter and a quarter inch narrower than either of the 7 or 8 Plus models and it weighs in at a full ounce lighter than a 256GB iPhone 8 Plus!

So why is the new iPhone X is worth a third more than a still great 7 Plus and about the same as a 12″ high-end tablet computer? Here’s why:

So, will the iPhone X sell-out within minutes? Absolutely. Will the launch of the iPhone 8 and X be followed by months of backorders and consumers quickly turning on Apple for failing, again, to meet the demand from the initial surge of buyers? Unquestionably. Is the X worthy of the highest price ever for a consumer smartphone? Absolutely not … unless you need more power in your pocket than many laptop computers have, or unless you just want something new and shiny. Yes, me too and I have a 6S.

Well, at least Tim and crew can be happy they have fulfilled Steve’s dream and with Apple Park and the Steve Jobs Theater they have managed to “bring the outdoors in.” Even if it was mostly for the crickets.